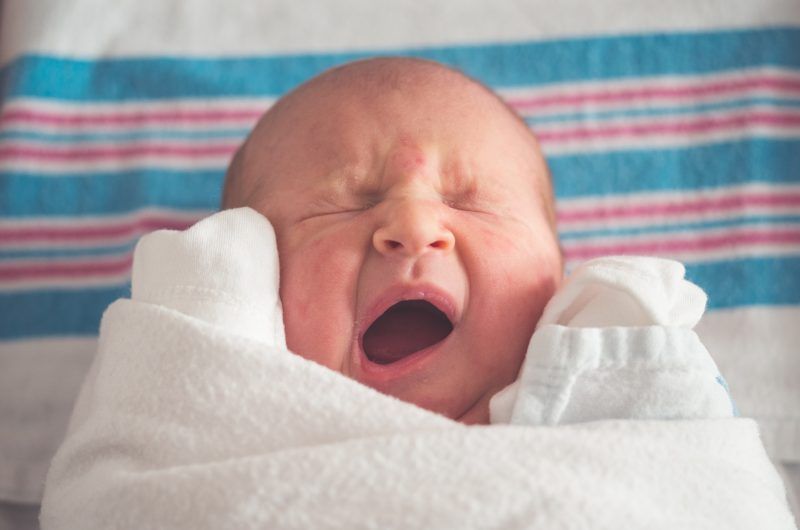 OK, here’s how to tell the difference between a bicornuate uterus and a septate uterus using transvaginal ultraound. Most of the photos below are taken in the sagittal plane, which the plane running from front to rear dividing the body into right and left halves. (Actually, some of the photos are parasagittal views, which are in planes parallel to the sagittal plane, but to the right or left of the midline. See here for an explanation of these planes: http://en.wikipedia.org/wiki/Sagittal_plane). Both these patients had HSGs that showed a duplicated uterine cavity (see previous post for more about how HSGs look in these patients). 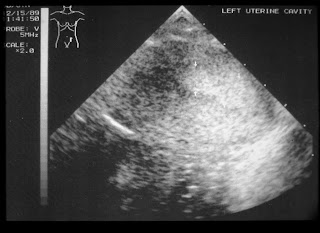 Patient #1 (septate uterus): To the left of the midline, a normal uterus is seen. Arrows mark the endometrium. The cervix is off the screen in the upper left. The top of the uterus is in the lower right. 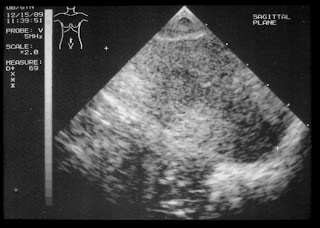 This is a midline (sagittal) view. The uterus is visible, but no endometrium is seen, because we are in the plane of the uterine septum. A cursor in the lower right of the photo marks the top of the uterus. 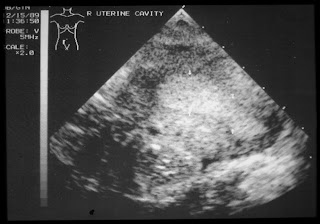 Moving the probe to view the right side of the uterus, the endometrium reappears. 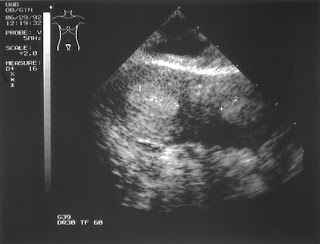 Rotating the transvaginal probe 90 degrees to give a coronal view of the top of the uterus, we see two endometria contained within a single myometrium, confirming that this is a septate uterus. 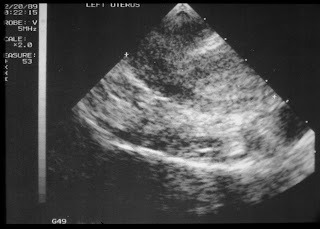 Patient #2 (bicornuate uterus). View left of the midline. Normal uterus with endometrial stripe seen. Top of uterus on the right of the screen. 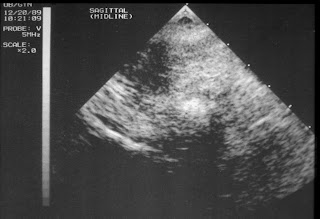 Sagittal (midline) view. No uterus seen. This is a bicornuate uterus. 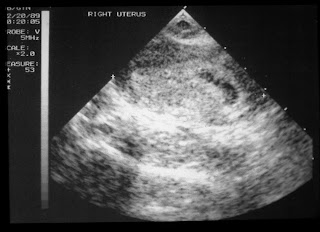 Right parasagittal view. The uterus reappears (and there is a gestational sac in this side of the uterus).