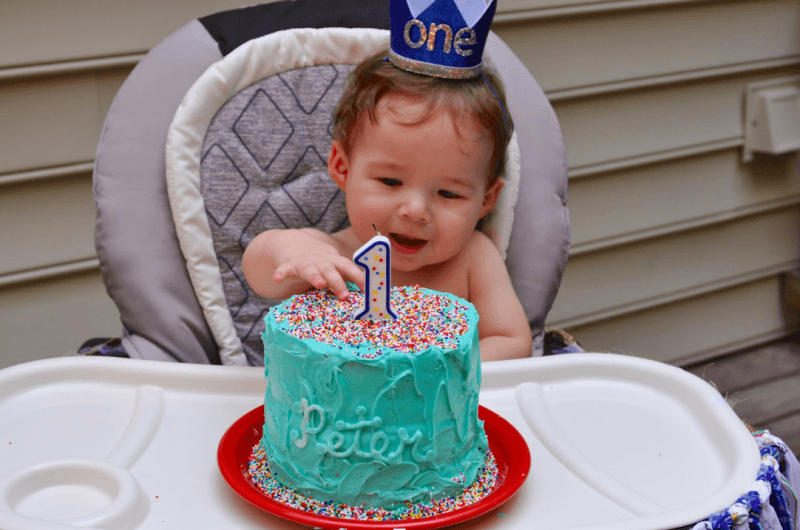 In 2016, my husband and I decided we were ready to have a baby. After we tried for a while without any luck, I ended up talking to my OB-GYN, and he started me on Clomid, an oral medication used to stimulate the ovary to produce egg follicles.

We did way too many cycles of Clomid; probably about eight or nine months worth because I refused to be referred and go to a fertility specialist. In my head, it was going to be too expensive, and honestly, I just didn’t want to go through all of that.

Looking back, I was being stubborn.

After trying for a year or so, my OB-GYN referred us to Alabama Fertility Specialists.

There, we began seeing Dr. Malizia who recommended Clomid, Follistim injections, and a trigger shot with timed intercourse. Unfortunately, after each cycle, I ended up developing ovarian cysts, benching us for a cycle and making the process seem even longer.

During our fourth cycle of Clomid and Follistim injections, we decided to try intrauterine insemination (IUI).

I went in on a Monday for monitoring and had only one or two egg follicles so they asked me to continue with the Follistim and come back a couple of days later. At this point, I figured the IUI wouldn’t work, because by nature, I am quite the pessimist.

I remember being so upset because I knew that they were doing IVF cycles at the clinic. I felt we’d never be able to afford IVF, and that fact alone was pretty heartbreaking, to say the least.
However, I went back on that Wednesday, and I couldn’t believe that I now had four follicles! That’s when Dr. Malizia gave us the option of doing IUI or the INVO procedure with the INVOcell® device.

When she explained the INVOcell device to me, I was in shock. I can remember shaking when she was describing it to me.

It was not what I expected, and in all actuality, I was wondering what the catch was. She told me that if the procedure was successful, we’d have the first INVOcell baby born in Alabama.
After she gave me all the details on this new treatment, she asked if I needed to talk to my husband. Without even giving it a second thought, I told her, “No, let’s do it! He’s going to be on board no matter what.” I was very nervous and excited.

We did the trigger shot on Wednesday and went back in on Friday for the egg retrieval. Four eggs, along with my husband’s sperm, went into the INVOcell Intravaginal Culture device, which was placed inside of me, as my body was now going to be the natural incubator for fertilization.

We waited for three days, and then it was time to take the device out and see the results. One of the embryos had degraded and couldn’t be found, one was two cells, one was three cells, and then we had an eight-cell embryo.

I just remember thinking, I’m really glad there’s something in there because it’s kind of terrible to get bad news with your pants off.

She showed me the image of the eight-cell embryo. It didn’t look very pretty because I had spent so much time that weekend looking at embryos. The embryo was very fragmented, but this was the embryo we had to transfer to my uterus.

Before I knew it, it was time to go back for bloodwork to see if the treatment had worked. Eagerly awaiting my test results, I called the office and spoke with Dr. McLean. I couldn’t believe it when she told me I was pregnant. My exact words to her were, “That’s not what I expected.” To that, she responded with, “Well, we were!”

I would say if we had to do treatments again, I’d jump straight in and do the INVOcell. To me, it just seems like the easiest process. You know exactly how many embryos you have, and there’s no guesswork. I liked it, and in my head now, that’s how babies are made.

Hands down, I would absolutely recommend Alabama Fertility Specialists to any couple having trouble conceiving.

Everyone at Alabama Fertility was fantastic and genuinely nice. Being from the North, that wasn’t what I was used to experiencing; there are a lot of cultural differences. Initially, I was really thrown off as to how genuinely nice everyone was. I wasn’t just a number, and to me that was weird, but I loved it.

Everyone’s ending is different, but AFS makes it a lot easier to go through the whole process of trying to conceive.

It’s funny, when I talk about the doctors and nurses at Alabama Fertility, people say they’d rather have a competent doctor than a nice one. And to that, I say, “Well, I’d rather have both!”

Learn more about INVOcell from Alabama Fertility in Birmingham, AL